I have been a lifelong fan of grilling, and when it comes to my preferences for flavor and cooking output, I tend to err on the side of a nice propane gas grill. These utilize simple propane tanks for heat output, and the burners are usually evenly-spaced so that you can have a nice even heat without any hot or cold spots.

Recently, I thought it would be a good idea to check out one of the more popular propane grills that have recently come out of Char-Broil: the Performance 650. In this Char Broil performance 650 review, I’m going to hit on some of the critical features of this product as well as provide you with three potential alternatives.

Things to Consider Before Buying a Propane Grill

Before we even get started with the Performance 650, it’s a good idea for us to hit on a few considerations for those thinking of purchasing a propane grill. Propane grills utilize propane tanks to provide fuel for the burners, and they differ from natural gas grills because they don’t need a dedicated gas line to operate.

In my opinion, this adds a lot of convenience, and you can pretty quickly pick up the propane gas canisters from a variety of locations. Once you have your propane tank, you can even have them filled up again.

Another consideration that should be taken into account when purchasing a propane grill is the sizing. With a grill of this type, you’ll want an excellent burner to grate surface ratio so that you get a nice even cook. In many cases, you’ll find that one of these grills will allow you to cook with direct and indirect heat so that you can create a slow cook or a nice, crunchy sear on your meats.

Propane also tends to stand up very well against natural gas grills in one significant regard: portability. With one of these grills, you won’t have to worry about a restricting gas line that’ll keep your grill locked in a single location. Since propane canisters are attachable, you can roll your grill around the yard to wherever you want it to be and not lose cooking ability. For this reason, propane gas grills tend to have wheels and storage space for the canister, which can make things very convenient indeed.

Finally, when you’re on the market for one of these, make sure that the grill you purchase has features like an onboard thermometer, which will help you achieve the ideal cooking temperatures for your food. Grilling is a science, and if you treat it as such, you’ll accomplish a lot of success.

For me, this product has an air to it that is perfect for anyone serious about grilling; it has six burners and more than enough space for an experienced griller to play with temperatures. One of the standout features of the product is its affordability; this won’t set you back tremendously, and it still has its share of performance features.

Char-Broil is one of those iconic names that every serious griller knows, and the design of this product is robust enough to provide some excellent backyard stability. It also has several burners throughout its design that makes it a real backyard kitchen in a grill.

Before we get into the fine-tuned features, here are some of the grills most critical pros and cons:

This is undoubtedly a reasonably feature-rich grill that also comes in at a very affordable price. I particularly appreciate the fact that it’s such a sturdy grill that can be moved around with relative ease. In this section, I’m going to hit on some of the best features of the Char-Broil Performance 650 so that you understand what makes it a fairly stand-out product.

When you have more burners on your grill, it opens up the possibilities insofar as your options for food preparation. For example, burners are designed for direct heat, but if you have a good grill setup with multiple burners, you can create a convection-style cooking profile that’ll allow you to use the lid to almost get a bake on your food.

There are a ton of different burner types out there, but in the end, it’s nice to have more for an even cook. The Performance 650 is a propane grill that employs six burners, so you get a reasonably wide area to use for cooking. This also helps you prevent having cold or hot spots on the grill. In addition, since each of these is independently controllable, you can also apply more heat to a specific part of the grill without potentially burning food that’s on another part.

In fact, in my experience, having hot, medium, and low zones make it fairly easy to cook multiple foods at once, and the 650 makes this a straightforward thing to do. Additionally, with 60,000 BTUs of power, you will have about 10,000 BTUs per burner, which is a good amount of heating output.

In addition to these six burners, this Char-Broil grill also has a 10,000-BTU side burner. This burner is lidded, and this is a great burner for boiling water, making sauces, or even frying up some food on the side. I find the lid to be a great design concession because, when the burner isn’t in use, this area can be used as an impromptu prep surface.

In total, the Performance 650 has 650 square inches of grilling space. For many grillers, this is near-perfect because, with this spacing and the 60,000-BTU output, you end up with a coverage that amounts to near 100 BTUs per square inch, which is a near-perfect heating setup. Also, once again, with so much space, it’s relatively easy to establish zones on the cooktop.

Look at it this way: if you are cooking some fish, a steak that you want to sear, and some veggies, it’ll help to have different cooking temperatures. With so much grill space, this becomes easier because you can lightly flake the fish on the right (or left) side of the grill by cooking it on low, put the veggies in the middle so as not to overcook them, and get a nice sear on the steak on the far side of the grill.

With so much space, there’ll be very little heat overflow, and your family (or guests) will love the variety of food that has come from your grill. This is also facilitated by the fact that the sixth burner is a sear burner, which is all about direct heat.

In addition to this 650 square inches of space, I also think the swing-away rack was a great design decision. This rack is made primarily for warming, and it affords you an additional 280 inches of space that you can use to cook up some buns while your other food cooks deeply.

I love to keep all my grilling knickknacks in one place; it makes it easy to stay organized. The Char-Broil Performance 650 makes this fairly easy because it has some great dedicated storage space. This starts with the two-door cabinet, which provides the right amount of space that you can open and close during use. You can use this area to store utensils, extra plates, or just about anything that can make grilling more convenient.

Grillers like their cookers to be tough, and this product is a good example of a well-built grill. One of the aspects of the 650 that jumped out at me is its handle; it’s solid and doesn’t wiggle on its bolts/screws like some other grills. Additionally, the lid itself is very well-made and just feels solid when raising and lowering it atop your food.

So, what are people saying about the Char-Broil Performance 650? Well, I’ve scoured the net and found that the overwhelming majority of people seem to like the grill, and many love how affordable it is. Overall, the most significant point of satisfaction seems to be how robust the grill is; it’s just not going to be a grill that will fall apart after a few years of use. Folks also seem to love the burners; there’s just a lot of versatility inherent in a grill that has such well-spaced heat sources. If there were a complaint that I saw several times it would be the fact that the grill is a bit of a pain to assemble, but to be honest, this is also a sure sign that it’s also designed to be robust.

As you might expect, this isn’t the only great grill on the block. Here are a few others to consider:

Weber, like Char-Broil, is one of the more iconic grilling brands, so it shouldn’t be much of a surprise that they make an excellent four-burner propane grill. This product is made of stainless steel and has that same level of sturdiness that you experience with the Performance 650. This also has a relatively impressive amount of cooktop area; it provides about 580 square inches of grill space. Here’s how it compares:

Weber Summit S-470 is a slightly more premium product for those that packs in features like an LED fuel gauge that can help experienced grillers.

Our second product comes from a company that’s a little less-known than Char-Broil or Weber, but this doesn’t make it a bad option. First, this is a grill that comes in at a budget-friendly price. Secondly, it has six burners like the Performance 650 but also has a 96,000-BTU output. Here it is in a nutshell:

Features like a rear infrared burner and a 96,000-BTU performance definitely make this a good alternative to the Char-Broil 650.

One of the best features of this product is its compactness; it’s easy to truck around anywhere, and the two large wheels make it very portable. With a three-burner design, the Weber Spirit II E-310 puts out a total 30,000 BTU performance, which is similar to the 650 when considering burner-to-BTU ratios. As a result of this ratio, you get somewhere around that 100-BTU-per square inch that many barbecue enthusiasts seek.

You don’t always need a massive grill to manage your food, and Weber understands this. This is a great grill for those that want an even heat and it has quite a few bonus features as well.

I hope you enjoyed my Char Broil Performance 650 review. This is a great grill that has a lot going for it, especially for those grillers that want stability, storage, and an even cooking experience. In my experience, no grill is perfect, but this doesn’t mean that there aren’t standout products out there that tend to deliver a great grilling experience. If you’re looking for versatility, reliability, and a great aesthetic design, take a look at the Char-Broil Performance 650 – I’m willing to bet that you’ll come away satisfied. If for any reason the product is unavailable, I highly recommend checking the 3 alternatives above. 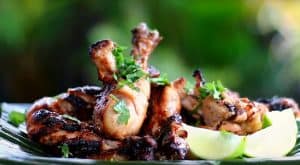 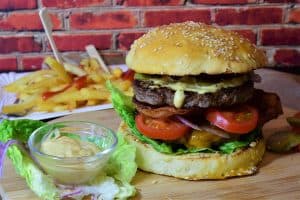 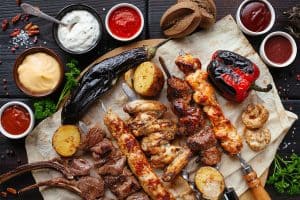 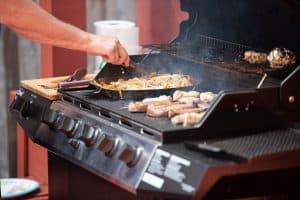 We use cookies on this site to optimize site functionality and give you the best possible experience. By using this site, you accept our use of cookies. Learn more